This sponsored post by Southwest Airlines appeared on my Facebook timeline. Apparently the image is supposed to say “Sale”, though I didn’t figure this out until I read some of the comments. Other commenters saw words(?) like SLLE, SILE, STLE, SMLE, etc. Southwest spent money promoting a post that is difficult to read. An important aspect of both design and marketing is clear communication. Rather than focusing on communication, they instead tried to be cute with the image. 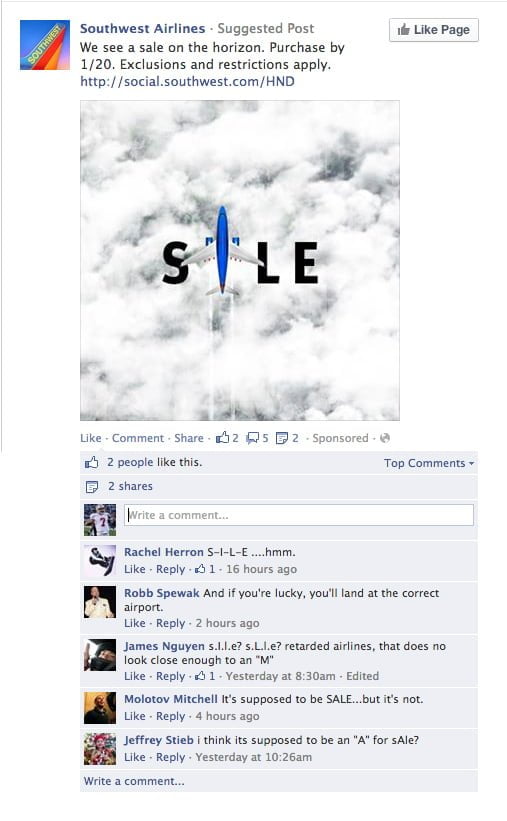