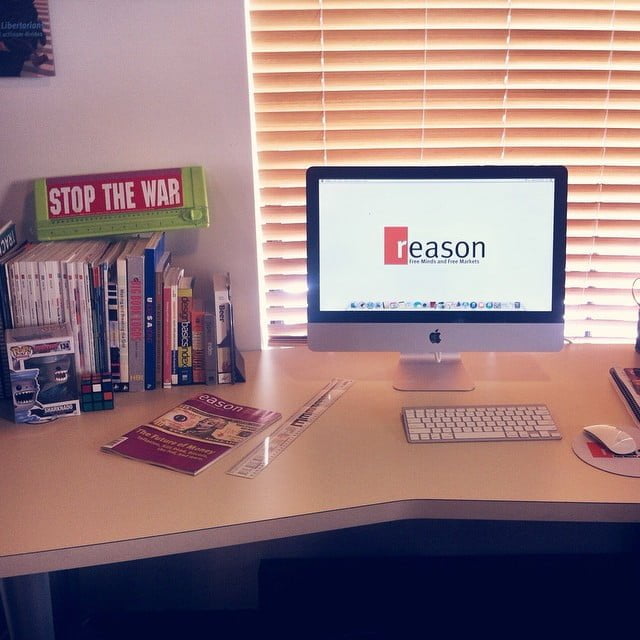 2014 was my first year at Reason and I was able to work on some awesome projects including a couple dozen blog posts. Here’s my top 5 most viewed posts of 2014:

This is the last one I created in 2014 and at almost 25,000 views, it’s one of my top performing posts. It’s also been shared by other outlets such as Huffington Post.

2 and 3:
4 ways the Republicans are full of shit and 4 ways the Democrats are full of shit.
These were just insanely fun to make and fun to share around. And they gained new life every time one of the two parties did something to contradict their claimed principles. Combined, these posts were viewed more than 40,000 times.

4:
4 Reasons to be pissed off about Social Security and Medicare
This was one of the first graphics I created at reason.com and for a while was one of my most successful (it was also the first that received hate mail).

5:
Guns and Pot: Which States Are Friendly to Both?
This was inspired by a reddit post about marijuana and gay marriage. I had quite a few people add a third circle with gay marriage and tweet that to me, which is cool I guess.

Honorable mention:
War on the Streets
This one didn’t have as many views as the above 5 (it’s my 11th most-viewed post to be exact) but it’s certainly one of my favorites. Incidents in Ferguson brought many issues to light, including that of police militarization. This infographic covered the rise of SWAT and received some love from the ACLU.